There are many things that affect the flavors and overall experience of drinking a bottle of wine. Let’s talk about faults first; there is almost an endless list of wine faults from vineyard faults like damaged fruit, to winery faults like improper sanitation. Most faults of these nature are caught early on and never make it into the finished product. However a fault like a “corked” wine is inevitable since between 1 to 3 percent of all cork harvested has a sufficient percentage of a chemical compound (TCA) or (TBA) which produces a mold of fungi that causes the spoilage. A “corked” wine will smell like an old gym sock and taste pretty terrible. It is possible for a wine to pick up (TCA) from the oak barrel also but it is extremely rare, so it is safe to say that transferring to a screw cap closure system all but eliminates this fault.
Another common fault is oxidation which is usually caused by a cork that doesn’t make a good enough seal to keep out oxygen which causes the wine to first go flat and eventually turn to vinegar. Corked wine and oxidation are the two most common faults. 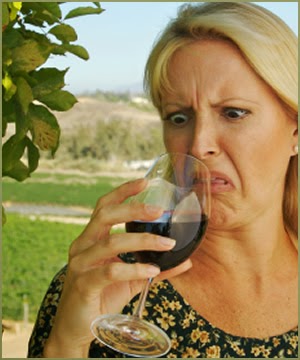 Under misconceptions one of the most common is Sulfites. Oh boy, sulfites. Wine professionals must hear about customer sensitivity or allergy to sulfites more than anyone else. Many people believe that imported wines don’t contain sulfites when in reality sulfites are created naturally in wine during the fermentation process. In fact without the natural creation of sulfites during the winemaking process the wines would not last nearly as long. In the USA all wines are required to post on the label that they contain sulfites if there is more than a 10 parts per million concentration. Wines from other regions are not required to display on the label that sulfites exist – but trust, they are there. It is estimated that only one percent of the population is sensitive to sulfites. Both dried apricots and raisins contain more sulfites than wine, so if you can eat them without problems then you don’t have a sensitivity to sulfites.


Another misconception is sediment, many of the best wine makers in the world feel that by filtering wine they are removing some of the flavors that make their wine so remarkable. Sediment is not a bad thing, it doesn’t taste that great though. If particles and sediment are a nuisance, we recommend decanting first, you can even use a wine screen or filter. 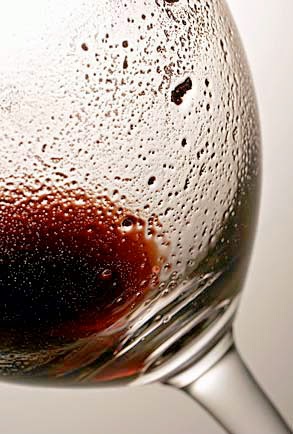 A filter would catch the sediment, or you can just not take that last sip.


One of the most interesting misconceptions is the formation of crystals on the cork, these tartare crystals which are caused by the wine being exposed to cold while being stored are harmless, some winemakers do what is called “cold stabilization”, they subject their wines to a cold condition causing the crystals to form, than filter them out. And again many winemakers feel any filtering causes a slight loss of flavor and character. (A side note, Tartare crystals are the same compound as Cream of Tartar). 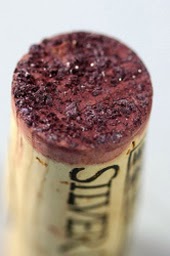 So in short if you open a bottle and see a coating of sediment around the neck of the bottle and lots of sediment and some crystals on the cork you know that the bottle was stored upside down and in a cold environment, and the winemaker didn’t want to remove anything from your tasting experience, all good things.