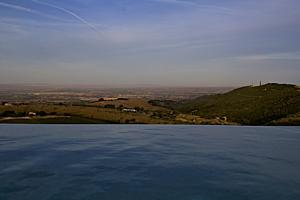 Carina Cellars is owned by David Hardee, a very successful attorney who moved to D.C. in 1982 to become Democratic tax council for the Senate Finance Committee (exciting line of work…). His life was forever changed by fellow attorney Robert Parker who was also in D.C. at the same time, and helped David to appreciate how truly amazing a great bottle of wine really is. To quote David “Parker was among the first to consider wine in terms of futures”. Upon leaving D.C. he moved to California and founded Hardee Capital Partners in L.A. and over the next ten years or so built a very successful career in the energy sector. During his time in California he met Joey Tensley a world class wine maker operating his own winery in Santa Barbara County and a partnership was born. With Tensley as winemaker and David guiding the business, Carina Cellars wines have received numerous awards from both local competitions and world famous wine judges including his former colleague Robert Parker and also Wine Spectator.


Derrell and I discovered Carina Cellars on one of our first trips to Paso Robles, as we were blazing our way down Adelaide Road from a day of serious wine tasting on our way to a tasting appointment at Villicana and Alta Colina wineries (located in the same building), we came to a sign that said Carina Cellars. Not wanting to drive by a tasting opportunity, we of course stopped in and upon identifying ourselves as wine shop owners started tasting through all of the wines that were available to the distribution market. One thing that we have learned is that it is usually possible to make a deal on wines that might not be available to us if we agree to purchase a large enough volume. Every wine that we tasted was awesome, they were larger than life, especially the Rhone varietals both their Syrah’s and Rhone style blends were amazing, and they also produce a Zin that has a remarkable level of balance and elegance not typically found in the Paso Robles area. So needless to say we didn’t make it to Villicana or Alta Colina that day, it’s so hard to leave a winery that produces the kind of wines that you really love, however in Paso with so many undiscovered wineries it’s also hard to stay in one place and deny the longing to discover just one more winery. So much for 2012, fast forward to 2014. 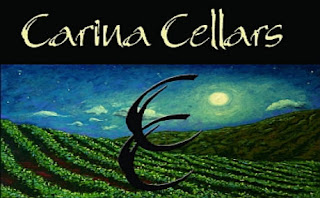 On my latest trip to Paso, I couldn’t resist another visit to Carina Cellars, Cindy Stevens (tasting room manager, wine club manager, and guest house manager), invited me to taste their entire line up of wines and I was really impressed with their entire line. After trying different vintages of all their wines we put together an order that I am really proud of, one of my favorites is the 2009 7% Syrah. As many people know Syrah is a Rhone varietal, in France all wine produced for resale is controlled by a government agency called the A.O.C., it is the job of this agency to maintain strict rules on blending and labeling. One of the things that they allow is blending 7% Viognier with Syrah which enhances the aroma to give the wine more of a floral note, and we all know that fragrance has a huge impact on flavor. In the USA the rules that govern blending aren’t nearly as strict but the fact that Carina Cellars has decided to follow the time honored tradition of 7% Viognier in their Syrah blend is commendable and kind of cool. The first time I tried the 2009 Syrah was in October 2013 while Derrell and I were recording our live radio show at a couple wineries in Santa Barbara County. After doing the recordings we drove through Los Olivos and did some wine tasting at a few of the local tasting rooms. Of course we had to stop at the tasting room that Carina Cellars shares with Tensley Winery, the 2009 Carina Syrah easily beat all the other wines that we tried that day, even the wines of Stolpman which were also awesome.